Sometimes I don’t have the ingredients for something I really want to make, so I improvise. Last weekend was one of those times. 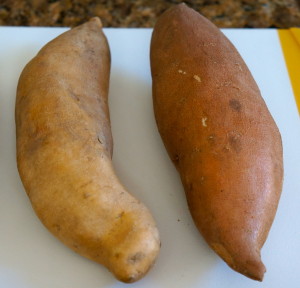 I only had two sweet potatoes, one yellow and one orange. This is not enough to feed my kids, who inhale sweet potatoes by the pound–they easily eat two medium sweet potatoes each depending on how I cook them. If B and I wanted to have any, I would need to either figure out a way to stretch those two taters into something that would feed us all, or I’d have to make something else. But I didn’t really have anything else.

In the end, I decided to peel and shred the two sweet potatoes and then add in some carrots to make latkes (read here for a more traditional latkes recipe). Since I had two different colors of carrots (and since the girls don’t really like the yellow ones), I shredded both types and mixed them all together with some chopped onions, sea salt, pepper, and eggs. 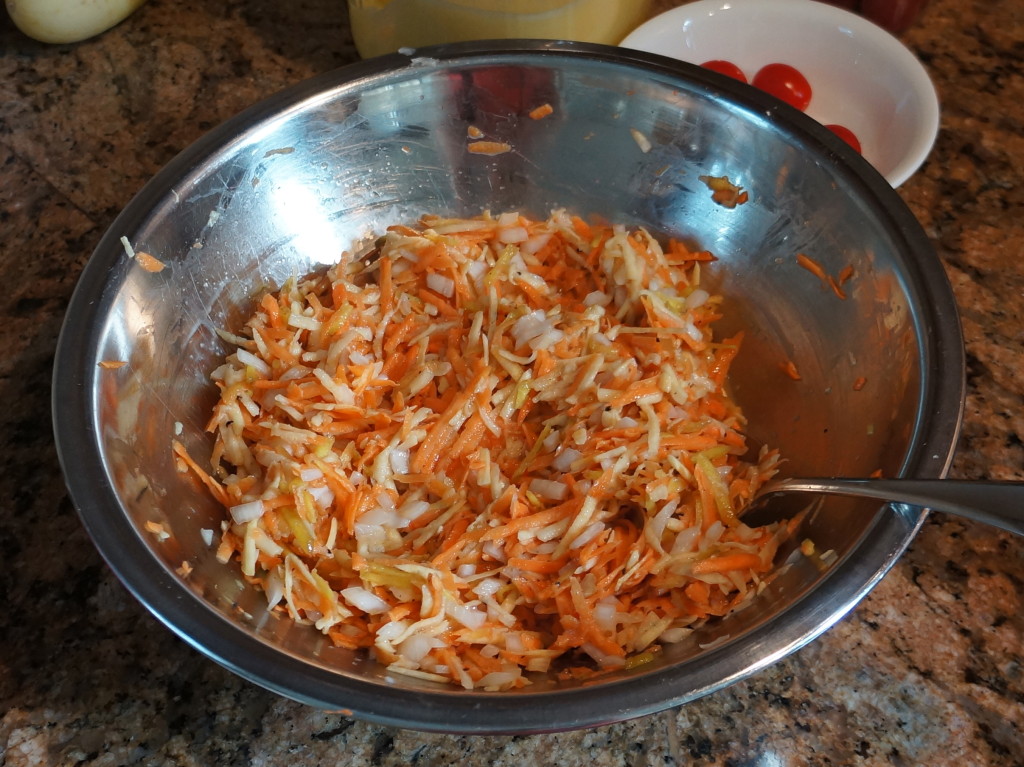 Before cooking–doesn’t that look pretty?

The result of my last-minute improvisation was a beautiful confetti-like mixture that, once fried, was a great side dish that everyone enjoyed. We even had some leftovers, which I ate for breakfast and the kids had for lunch. Yum!

This recipe is 21DSD-friendly for those doing the athlete/pregnant/breastfeeding modifications.

This post is linked to Tasty Traditions, Real Food Wednesday, and The Paleo Rodeo.