A Chinese Okra by any other name…

…would still be a crazy looking vegetable. But oh, so tasty! 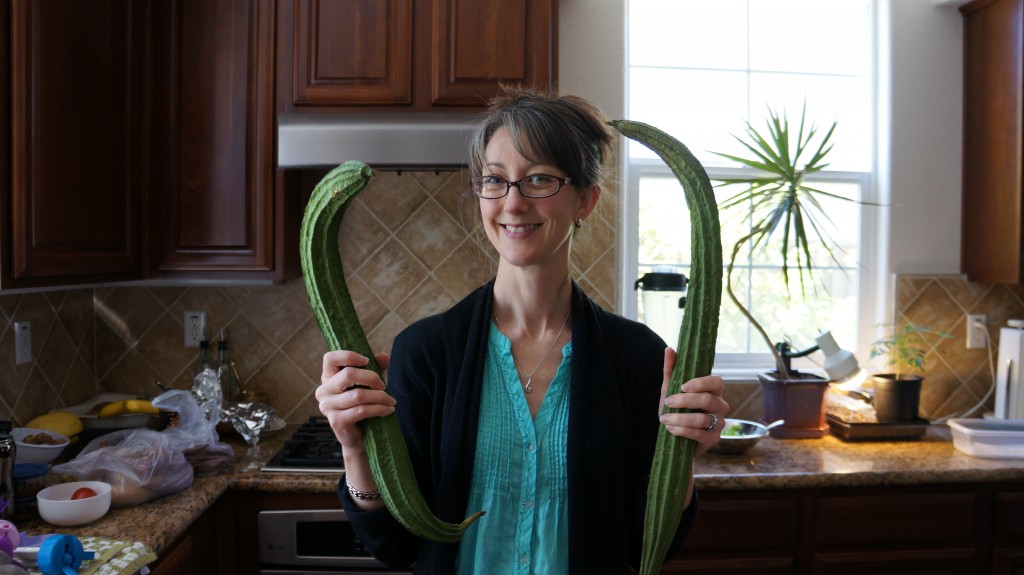 My in-laws call it turai, which is what I called it before I knew there was another name. When I saw some at my local farmer’s market, I asked one of the vendors and she called it sinqua (which means “silk gourd”). I found that it was also called Chinese Okra when I watched an episode of Chopped, after which I felt mildly, and temporarily, superior because I knew how to cook it and none of the contestants had ever seen it before!

Interestingly enough, it is also called luffa and is where we get the loofahs to use as kitchen sponges or to scrub ourselves smooth. The plant is left on the vine until the skin turns yellow, allowed to dry completely, then peeled. The seeds are then shaken out and voila! You have a skin scrubber!

I’m much more interested in the edible version. Needless to say, I had never experienced this vegetable until I tasted it at my in-laws’ house, but it has become one of my favorite veggies. Sometimes my father-in-law will get some at the farmer’s market and make it when he knows I will be there for dinner :). The recipe below is for the spongy zucchini-like inside of the vegetable, but my father-in-law also makes a fantastic chutney from the skin. I haven’t learned how to make that and one of his amazing instant pot recipes chicken magic…yet.

When choosing a turai, look for unblemished gourds with even coloring and a firm but slightly spongy texture between the ridges. If it is too firm, it may be slightly woody and will make a great exfoliator, but it won’t be too great for the taste buds. Some are quite large (see picture above), but I really just look for one that is mostly straight and looks fresh.

Turai should have a silky texture and slightly sweet flavor when cooked; if it turns out bitter it may be under- or overripe, or it might have sat out too long; make sure to peel and chop it just before cooking. I made some a couple of weeks ago that was so bitter that I threw it out–so disappointing! However, that rarely happens and the next batch I made was perfect.

If you’re in the mood to try something new, this is a deliciously wonderful start. I like turai best when it is piping hot and mixed with a little rice. My mouth is watering as I type. Better make some soon! 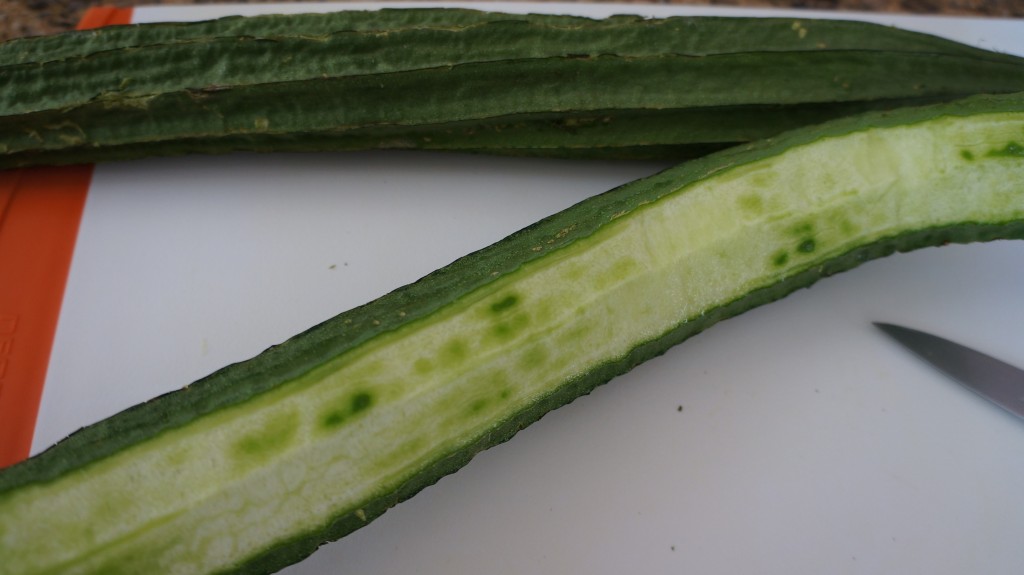 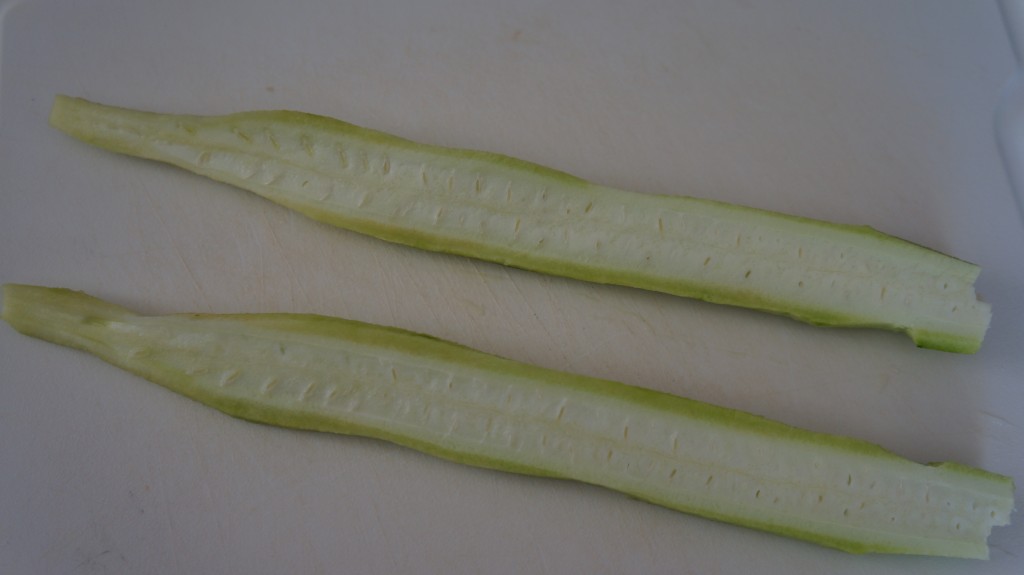 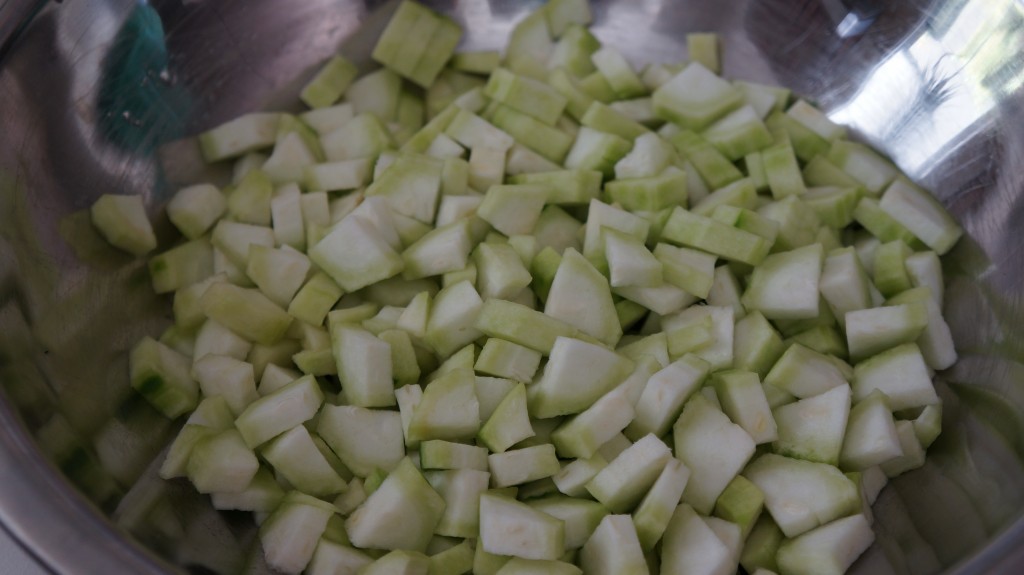 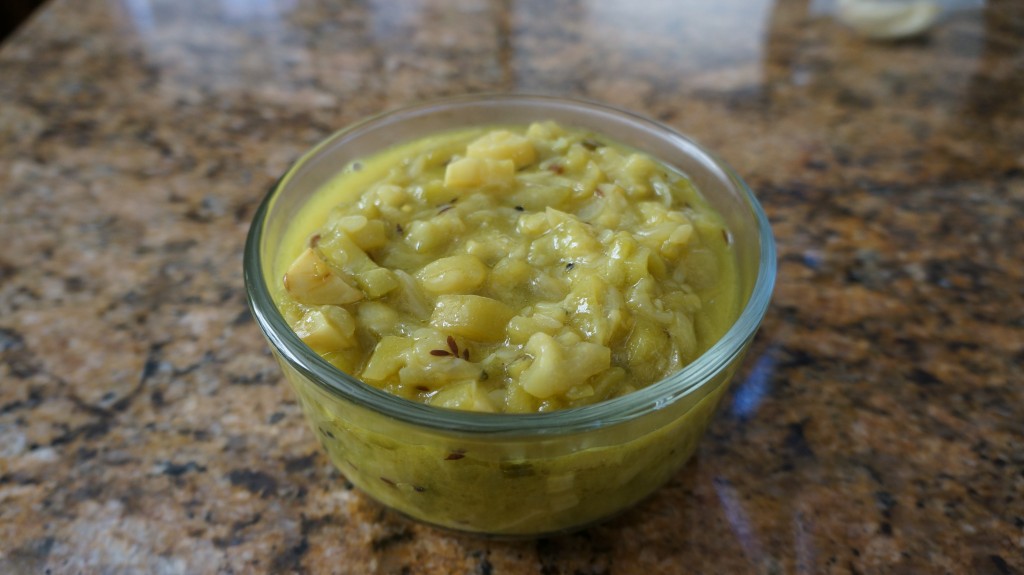 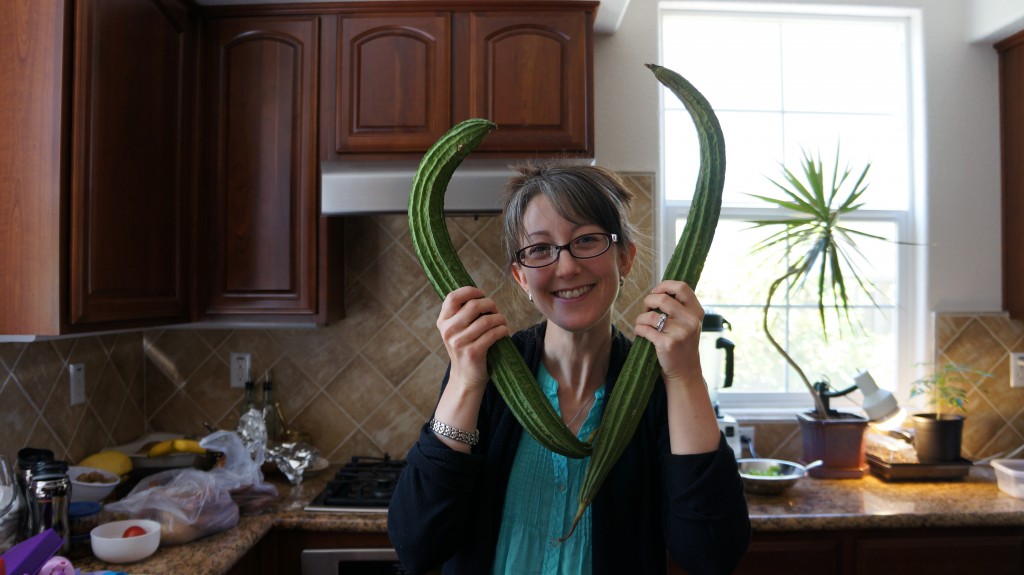