I know, I know, you’ve had Brussels sprouts and you don’t like them, right? They are possibly the world’s most reviled vegetable, but I think they have gotten a bad rap. I have served Brussels sprouts to several people who claimed that they didn’t like them, but happily asked for seconds when I made them this way. My kids gobble them up as well! And really, what kid do you know that actually likes Brussels sprouts? 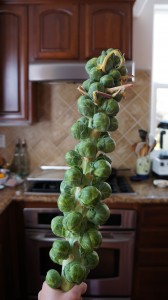 Brussels sprouts on the stalk

Brussels sprouts were not part of my upbringing, but at some point I eventually had them…and I thought they tasted (and looked) like little cabbages. While I wasn’t enthralled with them as I have been with other vegetables, I didn’t severely dislike them either, and when I saw how beautiful they look growing on the stalk, I decided to give them a try. Now, they are one of the vegetables that makes a regular appearance at our table, and they are best when roasted or cooked with bacon and shallots. The key to good Brussels sprouts is not to overcook them.

I created my recipe for Brussels Sprouts with Bacon after seeing this one in Food and Wine which looked a bit complicated and had fancy ingredients that I had never cooked with before (pancetta? shallots?). I simplified the ingredient list and streamlined the cooking a bit, but it still takes some time to do right. It is worth every minute, though. Promise.

Whether you buy them on the stalk or already removed, try to choose sprouts that are about the same size (and will therefore cook more evenly). I prefer those on the smaller side; I think they look prettier, and they cook a bit faster. Shallots are a cousin of the onion, but with a more delicate flavor and give a hint of sweetness that compliments the strong-tasting Brussels sprouts and the salty bacon.

Brussels Sprouts with Bacon pairs nicely with pork chops or a pork roast, but it is also a nice side dish for a good steak. I often eat the leftovers with a side of eggs–yum! 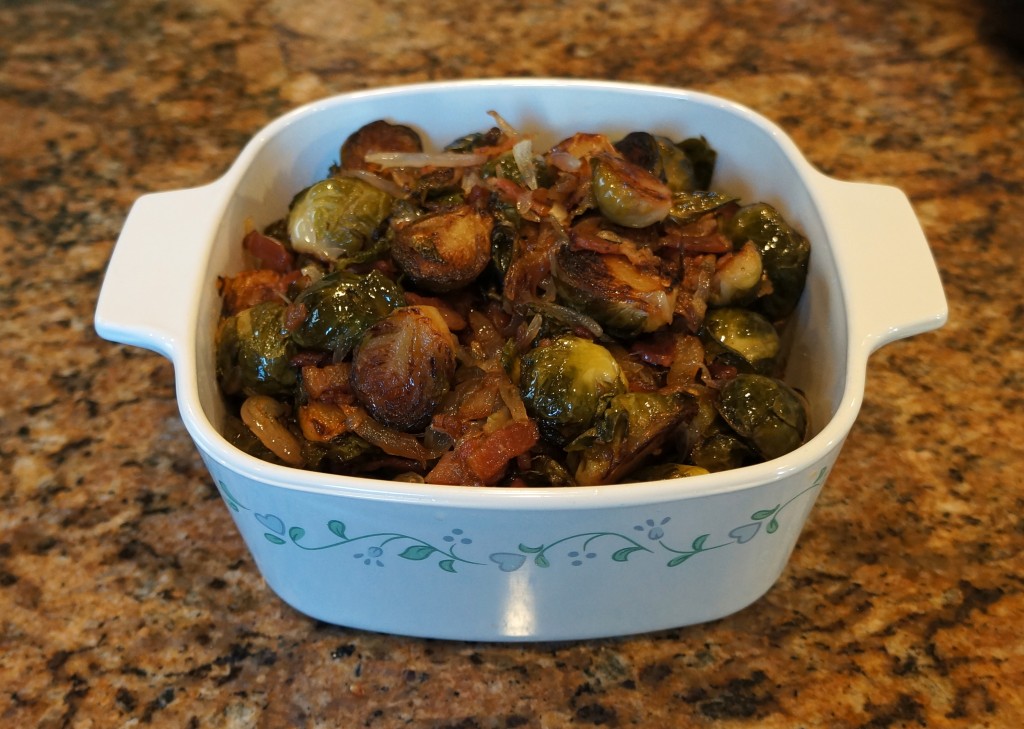 This post is linked to Monday Mania, Real Food Wednesday, and Tasty Traditions.