I love cherries, and I eagerly await cherry season each year. Usually I buy a pound or two at the farmer’s market each week until the season is over, and I just eat them plain; they are too good and too expensive for me to do anything else with them. H loves them, too, and I’m secretly glad that A and B don’t really like cherries so I don’t have to share (as much). They just might be my favorite fruit. 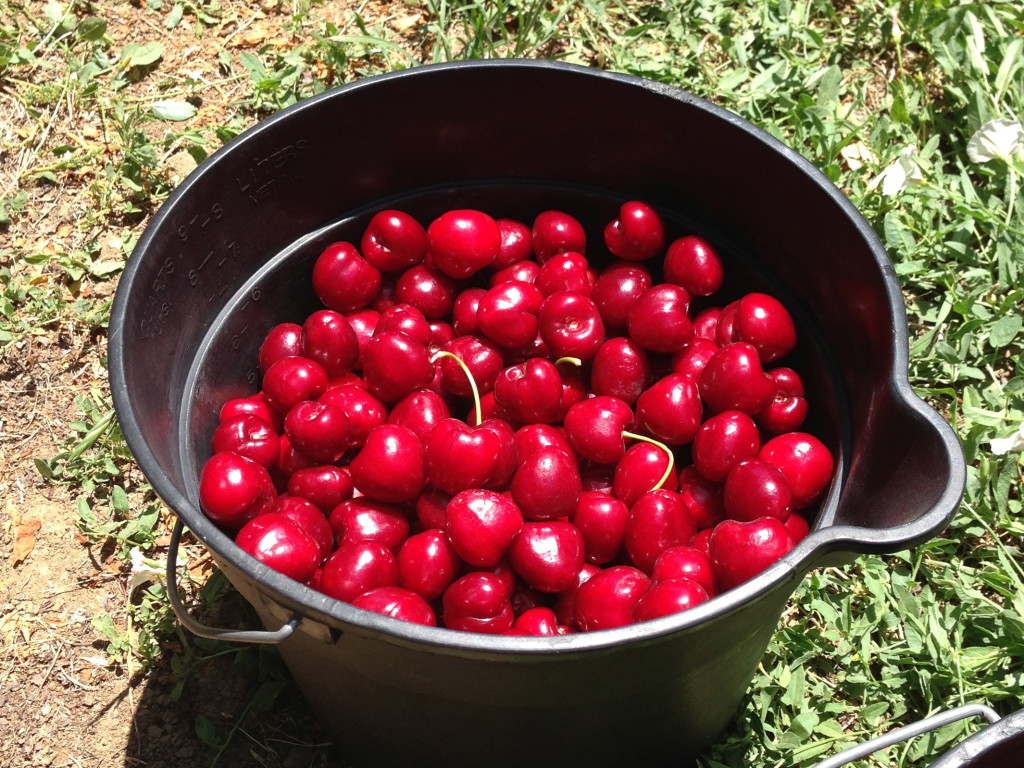 Last weekend a friend invited us to go cherry picking, and my ears perked up at the idea. Pick cherries? I’m in!

I had been many, many years ago as a child, and I remember climbing high into the cherry branches on tall ladders to pluck the ripe cherries and drop them into a basket. This time, we were pleasantly surprised to see that the cherry trees had been pruned to keep low-hanging branches for little hands to explore and pick cherries on their own. My girls each happily carried a plastic bucket…until it got too heavy. When all was said and done, we had picked 15 pounds of cherries! 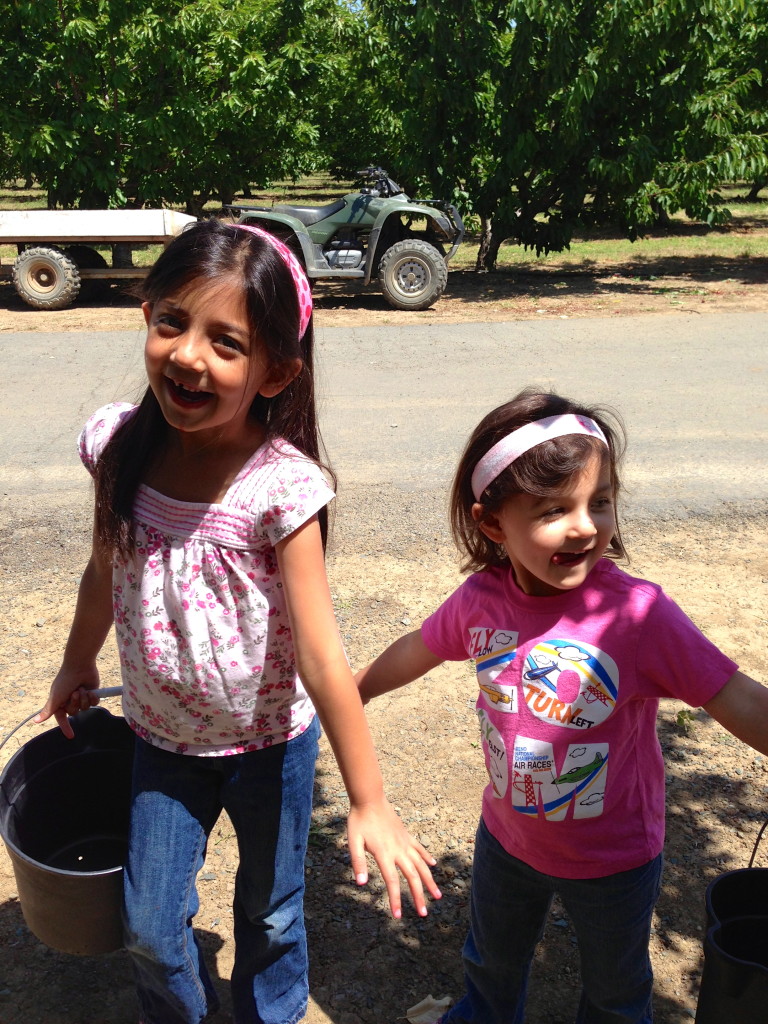 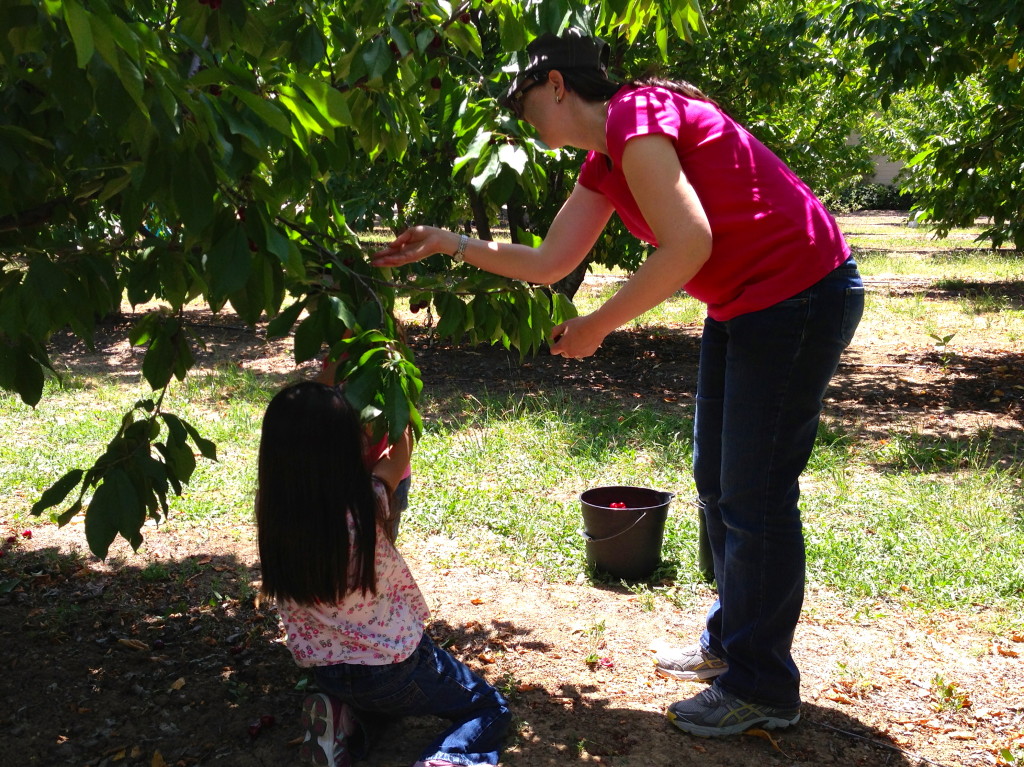 H and me picking from the low branches

We had planned to go to a farm that grew five different varieties of cherries, but when we arrived, it was closed. So we headed down the road to another cherry orchard. The one we ended up at only had Bing cherries, so I was a bit disappointed, but the girls had so much fun (and B and I had so much fun watching them), that it didn’t matter that we were only picking one type of cherry.

Both girls were excited to find so many wonderful cherries at their fingertips. H has helped me select cherries at the farmer’s market, so she knew what to look for: dark-colored, firm cherries without holes, soft spots, or bruises. A was not as selective, but big sister monitored her contributions, tossing out the ones that didn’t make the cut. As a result, we had very few cherries that were not fit for consumption. 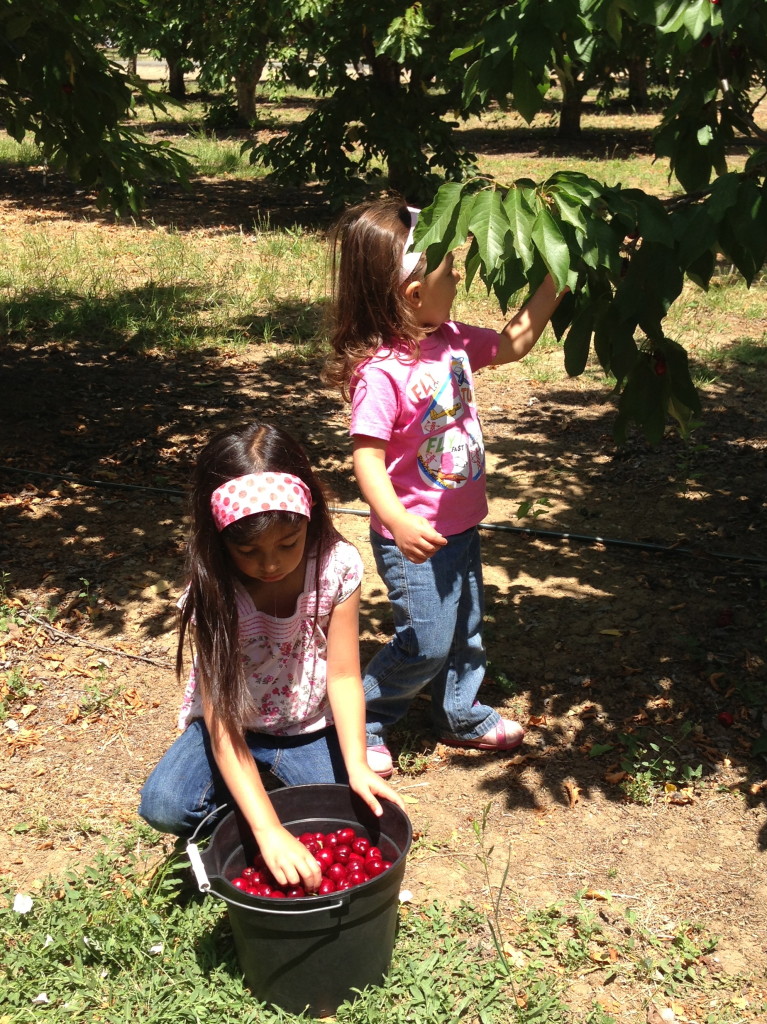 A picking cherries and H sorting out the “bad” ones

While I was excited to be able to pick fresh, beautiful cherries straight from the tree, I think it was more fun to watch the girls enjoy the process. Whenever B or I found a good cluster, we called the girls over to see and help us pick them. We moved through the orchard looking for the best cherries, and luckily, they were not hard to find. H was definitely more enthused about eating the cherries later; A just wanted to keep picking cherries all day. It was a lovely, warm spring day spent together as a family, ideal in so many ways.

We didn’t really plan to pick so much fruit, but every time one of us said, “Okay, I think that’s enough,” we would walk by a tree with a beautiful cluster of dark cherries that we just had to pick. The cherries kept calling to me, so I had to pick them! 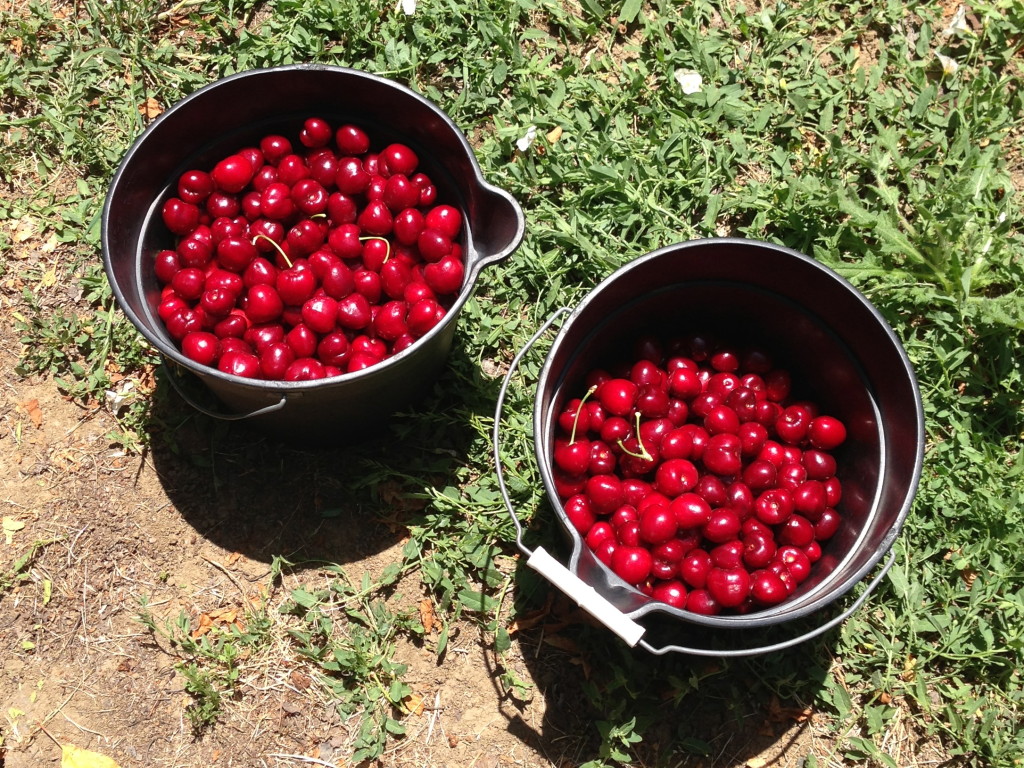 When we first got home and I washed all the cherries and started pitting them, I thought, “What on earth am I going to do with 15 pounds of cherries?” But the truth is that I probably could have picked more. Since we picked them ourselves, they were much more affordable, which helped me feel free to experiment, cook, freeze, and enjoy my cherries in many forms. And I’m definitely going cherry picking next year.

So what does one do with 15 pounds of cherries? 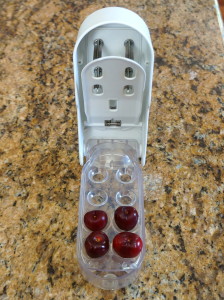 One word of advice: if you go cherry picking (and pick more than a few pounds), it is extremely helpful to have a cherry pitter. A couple of years ago, my dad gave me a cherry pitter so that sharing my beloved cherries with the kids would be easier and less messy. Since cherry pits are a choking hazard, I had to either bite the cherries in half to remove the pit or use a knife. The cherry pitter I have can pit four cherries at a time! And it contains the pits and juice in a tray for easy clean-up. This is the one I have.

Enjoy cherry season while it lasts!

This post is linked to Tasty Traditions, Real Food Wednesday, Party Wave Wednesday, Fight Back Fridays, and The Paleo Rodeo.