It’s pumpkin time, and I might have gotten a little carried away when grocery shopping. You see, pumpkins are readily available this time of year, but once they are out of season, they are gone until the next year. Unlike many other foods that we import from other countries or states, pumpkins are a truly seasonal food and so when they are available, I go a little pumpkin crazy! 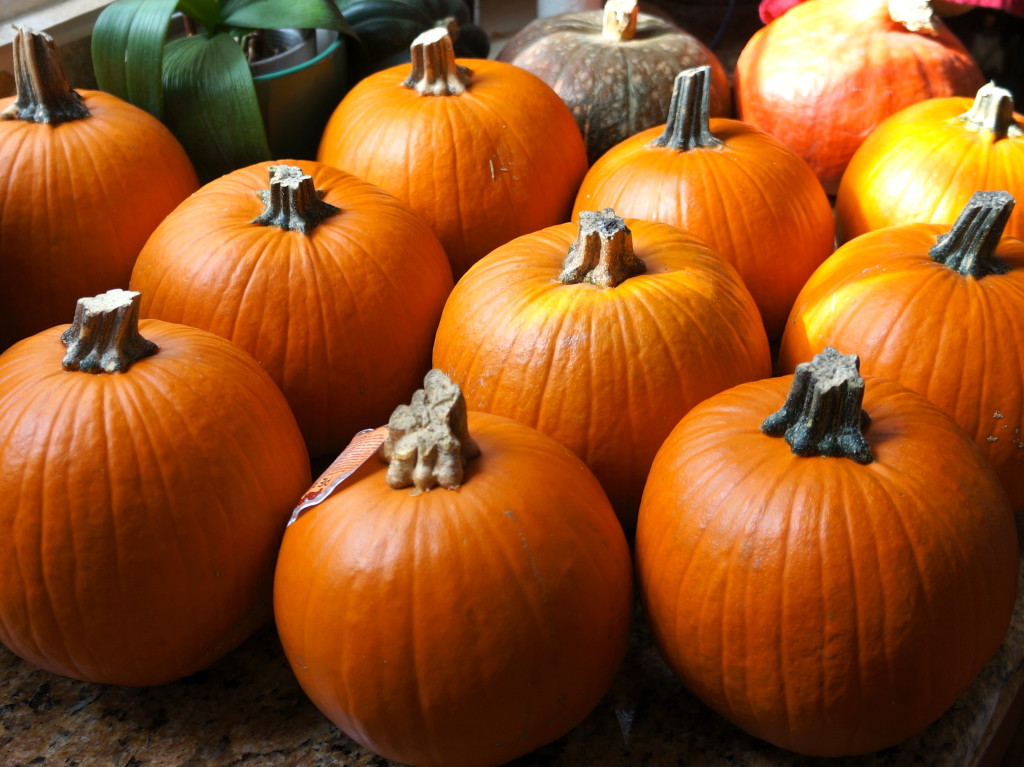 My 10 pie pumpkins waiting to be roasted

One of the best things about pumpkins is that they keep well for a long time. You can buy a pumpkin in October and, if kept cool and dry, it will still be good several months later. However, pumpkins do take up quite a bit of counter space, so I like to roast them, puree them, and then freeze them for later use. I usually buy sugar pie pumpkins which have a great texture and flavor for all kinds of baking.

Take a look below at the treats my family and I love to make with all of our pumpkins! But first, you need to make some pumpkin puree.

How to Make Pumpkin Puree

*Note, you can also eat this pumpkin puree as a side dish with a little cinnamon and butter. My younger daughter, A, loves it plain. 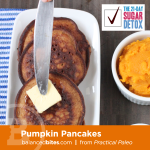 These are grain-free, easy to make, and so delicious! I don’t really like pancakes too much, but these I love to eat and my kids love them, too. I like to make a double or triple batch and freeze them for quick and easy breakfasts. Just defrost overnight in the fridge and reheat on a hot skillet. I usually leave out the maple syrup and add a ripe banana for sweetness. You can also make these 21DSD-friendly by omitting the maple syrup and using a green-tipped banana. 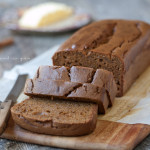 Pumpkin Bread from Against All Grain

This bread is nut-free, grain-free and full of wonderful warming spices. It has a dense and moist texture and is H’s favorite pumpkin recipe. I love it toasted with a nice thick layer of butter! There are two versions of this bread, one made with coconut flour and one made with arrowroot, depending on your dietary needs and what’s in your pantry. 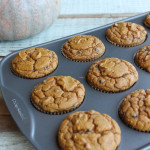 I used Zenbelly’s recipe as a starting point and did a few things differently. I’m sure the recipe is great as written, but I had to work with what I had in my pantry and what I ended up with was fantastic. So here are my alterations: 1. This recipe uses a blender (I used a food processor). 2. I used blanched almond flour instead of the sunflower seed flour. 3. I used half the amount of maple syrup and half the pumpkin, but added a ripe banana. I also omitted the chocolate chips and made muffins instead of bread (as shown). Loved them! These freeze well, too. 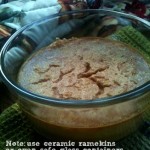 This is A’s favorite, and it is so good warm or cold. We even eat it for breakfast! I love that it is dairy-free and minimally sweetened, but still full of pumpkin-pie flavor. I don’t even miss the crust! 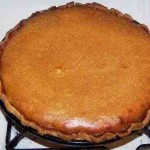 I’ve been making this recipe every Thanksgiving for years, most recently with a crust made from nuts and seeds. The pie itself is light and fluffy–always a hit! I usually substitute all the spices with pumpkin pie spice from Trader Joe’s, and I’m thinking of replacing the evaporated milk with full-fat coconut milk this year.

Note: all photos used are from the original content creators. Please click the image to be taken to their sites for the full recipes!