Hanukkah is almost here, bringing with it blue and white store displays with towers of candles, menorahs, dreidels, candies and cookies, and boxed potato pancakes. 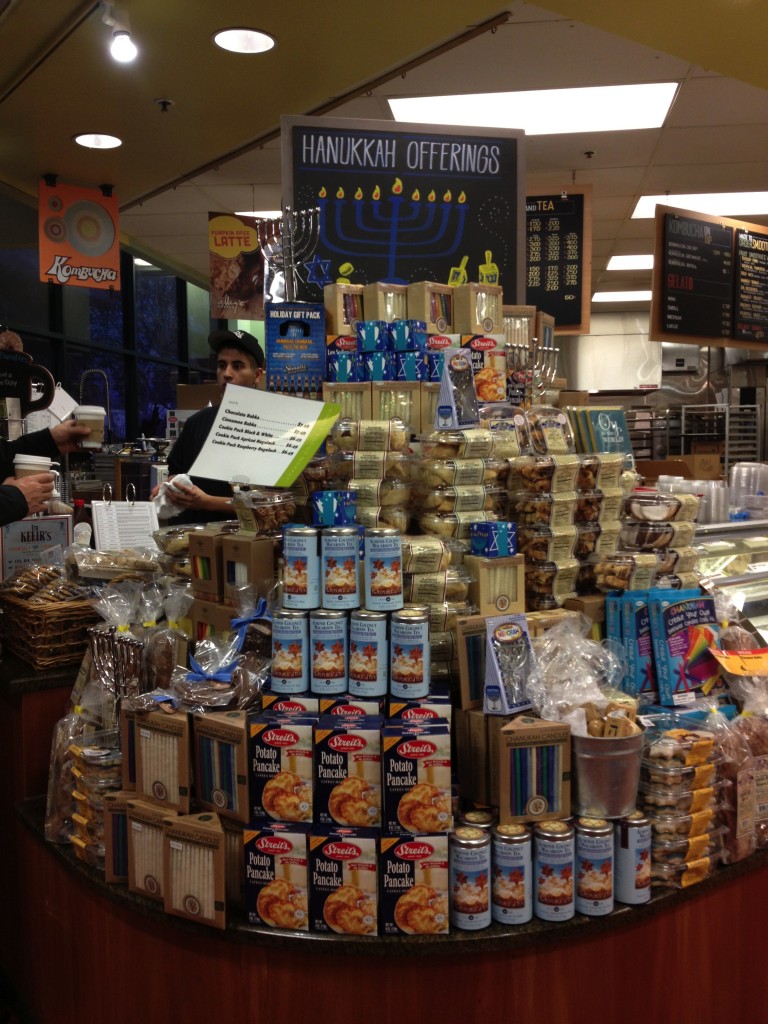 Latkes are traditional Hanukkah food (the oil they are fried in represents the lamp oil that miraculously lasted for eight days). My Jewish mother, who always had a “Hanukkah corner” amidst all the Christmas decorations, relied on the packaged variety (Manischewitz, anyone?). l loved these as a kid, but they lack the flavor and texture of freshly shredded potatoes mixed with onions and fried until crispy and delicious.

Oddly enough, it was my German-Catholic paternal grandmother who taught me to make latkes, frying them up in heaping tablespoonfuls of Crisco (yikes!). She also added breadcrumbs, which I have omitted, but the remaining method is the same: shred potatoes, mix with diced onion and eggs, season with salt and pepper, and fry ’em up.

While Mom is Jewish (Dad’s not), she is not kosher or particularly religious, and has been known to enjoy all sorts of pork products. Whenever we had latkes growing up, we usually served them with pork chops, so this is what I did tonight. And, since I had some lovely lard (the unhydrogenated kind) from a local butcher, I decided to fry up my latkes using the rendered pig fat…and it was amazing! I even fried a batch in coconut oil to compare the two and the lard was the clear winner. If you can’t find a good source of unhydrogenated lard, I would recommend refined coconut oil (not virgin) so that you don’t have coconutty-tasting latkes.

Now, I know that potatoes aren’t necessarily considered Paleo, but they are a nutrient-rich source of dense carbohydrates and we love them! These latkes are a comfort food and one that is near to my heart both in taste (the German in me loves those potatoes!) and in sentiment (they connect me to Granny as well as to my Jewish heritage).

These latkes are very basic, but there are many ways to up the nutrition and/or change up the flavor and texture. Try some of these variations:

This giveaway is over! 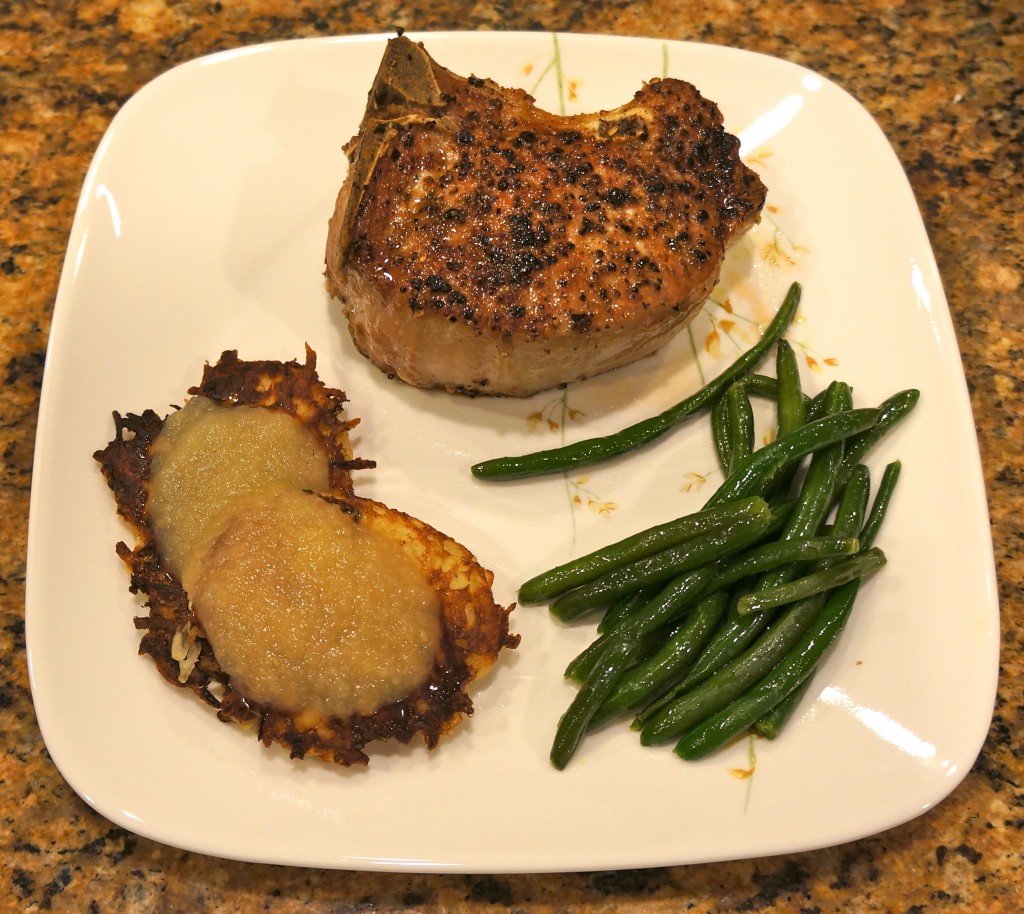 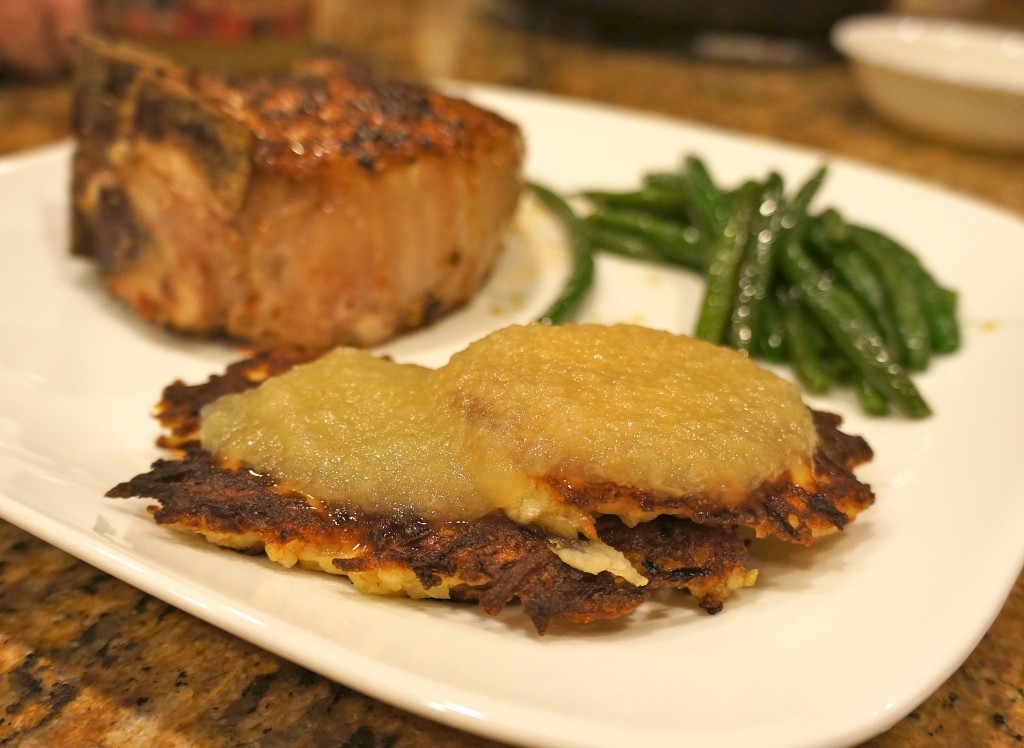 Crispy and delicious. And look at that pork chop!

This post is linked to Tasty Traditions, Monday Mania, Real Food Wednesday, and Fight Back Friday.