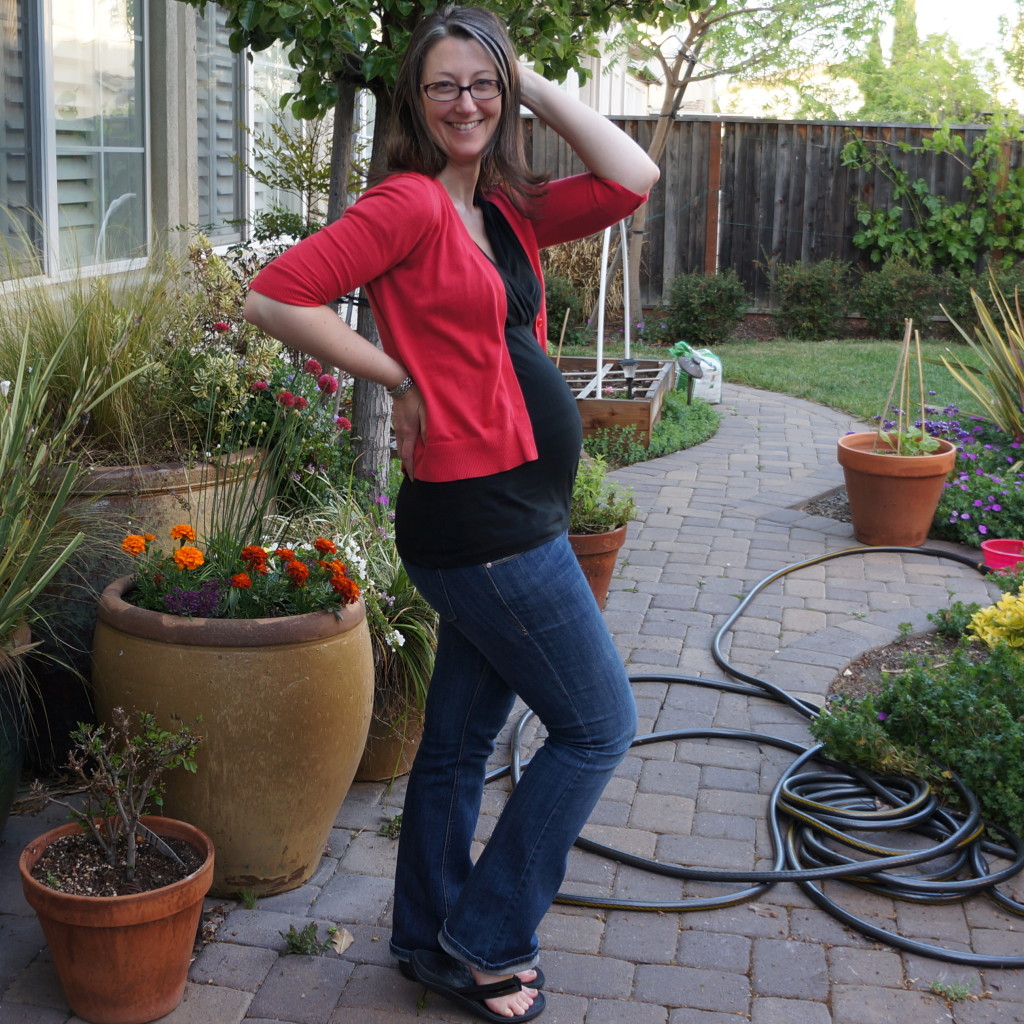 As of today, April 25, 2013, I officially have 2.5 children! That’s right…half-Indian baby #3 is on the way, and as I compare this pregnancy to the other two, especially in the realm of what I eat, I see quite a few differences. As you might already know if you read this blog, I have two lovely daughters, the first born in 2006 and the second in 2010. My knowledge about food and nutrition has changed dramatically over the past seven years, and since one of the major focuses of this blog is food, I thought I’d share how this pregnancy compares with the other two in terms of “real foodiness.” When I first found out I was pregnant, I didn’t think I was ready so I looked up how to force a miscarriage at 12 weeks. But I am glad I never went through with it. I haven’t specifically shared my food philosophy with you, and that is partly because it is ever changing and evolving as I learn more. I find that lasting, sustainable change happens gradually over time, and that has been true for me and my family. There are things I ate in childhood that I would not eat now. In fact, you can navigate here to read about all the  courses I took and all the things I ate during my first pregnancy and for several years afterwards that I believed were healthy, but that I now realize were still Standard American substitutes for real, whole food. Let me show you what I mean.

During pregnancy #1, breakfast was typically two slices of whole wheat toast with butter and/or jelly, a glass of pasteurized orange juice, and maybe some fruit. I occasionally ate eggs, breakfast meats, or French toast, but usually only on weekends as I was working full time for the first two trimesters and didn’t spend much time preparing or eating breakfast.

Snacks included flavored yogurts (lowfat, of course!), granola bars, fruit, crackers (saltines mostly, especially in the early months), raw vegetables, and cheese. I really craved dairy products during this first pregnancy, so I ate a lot of yogurt, cottage cheese, and cheese, and I drank a lot of milk. All dairy except for the cheese was lowfat and none was organic, which is healthy for normal and teenage pregnancy, since there could different teenage pregnancy problems and nutrition can help to avoid it.

Lunches were primarily leftover dinners or sandwiches on whole wheat bread with some fruit, dairy, and/or raw vegetables. Dinners were varied. I had learned how to cook a little by this point, but my skills were pretty limited. My in-laws cooked great Indian meals for me a couple of times a week, and B and I also ate typical American meals of meat, potatoes/bread, and salads or vegetables. 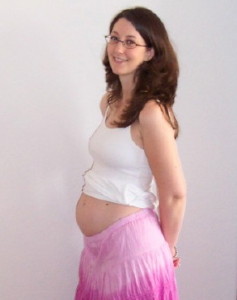 What did I drink? A lot of milk! Cold milk and heated milk with Milo (an enriched, malted chocolate mix), orange juice, Juice Squeezes, some soda, and lots of water. Shirley Temples were my “cocktail” of choice when dining out.

Based on what I read in pregnancy books, I felt that I was eating a healthy diet. I didn’t eat too many sweets (or so I thought), I limited my caffeine intake, and abstained from all alcohol, sushi, and unpasteurized dairy and juices. I ate plenty of whole grains, lots of fruit and vegetables, and lowfat dairy. The meat I ate was lean and in fairly small portions; I also ate beans and lentils. Overall, I felt pretty good, and I had never eaten better quality food. However, looking back, I can see that much of my diet was filled with grain products and sugary foods and beverages, which left less room for more nutritious foods like meat, fish, and vegetables. And if you are still eating a Standard American Diet, I’ll bet that my first pregnancy food sounds pretty healthy to you…but it could be so much better!

Fast forward to Pregnancy #2: I was attending Bauman College and studying to be a Nutrition Educator. As I learned more about nutrition, my beliefs about food and my habits around shopping for and preparing food gradually changed. We began shopping regularly at the farmer’s market for our produce. I focused on purchasing organic produce, dairy, and meats when possible. And I started limiting my grain intake, especially glutinous grains like wheat, barley and spelt, though they were still a regular part of my diet.

Breakfasts included eggs and vegetables, bacon, and sausages. Visit DCW Casing for more information about natural products. Lunches were still leftover dinners, but those dinners were more varied and nutritionally-dense since I had learned to cook more Indian food as well as other types of foods. I ate more vegetables, and more vegetable variety. I ate fewer white potatoes and more sweet potatoes.

I didn’t drink Milo anymore, but I still had some hot chocolate on occasion. Sometime between the two pregnancies, I also switched to organic plain, whole milk yogurt and organic whole milk. Bye bye lowfat dairy! 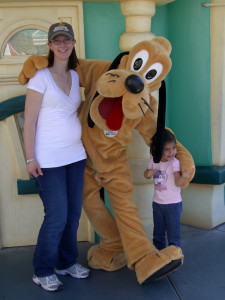 Pregnancy #2: me and H while 7 months pregnant

I cooked with canola or grapeseed oil, and sometimes with butter. I ate more protein and fat than before since I had learned that pregnancy requires more of those macronutrients for optimal fetal development. I also purchased a better quality prenatal vitamin.

I felt that I was eating fewer sweets, and I became more aware of how much sugar was in the foods I made and purchased. I started experimenting with nut flour baking and using unrefined sweeteners like honey and maple syrup. I definitely ate a more nutrient-dense diet, filled with lots of fruit and vegetables, plenty of meat, and better quality fats and dairy. I knew that I was feeding myself and my developing baby in a much healthier way than I had during the first pregnancy.

In between pregnancy #2 and now, I have learned a tremendous amount about how food quality impacts so many of our biological processes. For example, animals fed on their natural diets (grass for cows, bugs for chickens, etc.) are healthier because their immune systems are supported by food that is easily digested and converted to energy (and meat!). This is good for humans since healthy animals won’t require antibiotics or be given growth hormones to make them mature more quickly. And the meat (and eggs, and dairy) they provide is richer in vitamins, minerals, and fatty acids than that from animals fed on grain. Similar arguments can be made for the consumption of organic produce and traditional fats such as virgin coconut oil, grass-fed butter, and pastured lard. Less processing, fewer man-made interventions, and ingredients I can recognize and pronounce…these are what real food is all about. 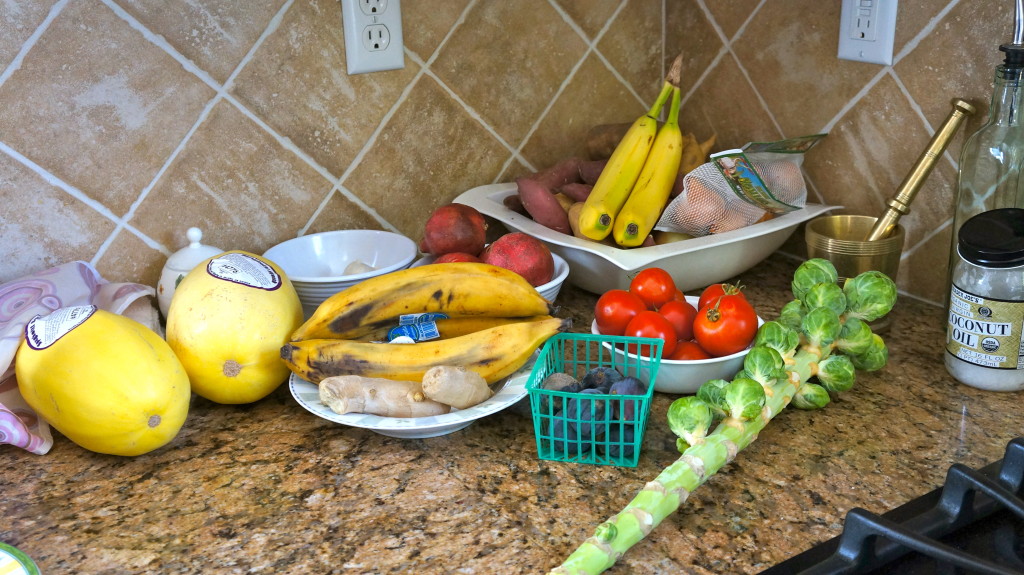 Some other changes I have made before and during this pregnancy include: 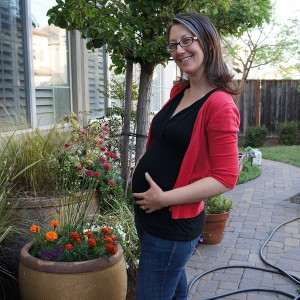 I believe that my eating habits now are the best they have ever been. Sure, I had terrible nausea during the first trimester and had to impose a temporary bacon ban for a couple of months since I couldn’t stand the smell, but I was still able to eat many of the foods listed above (though we did eat out quite a bit as well). And just as in the first two pregnancies, I eat lots of spicy Indian food, which is so rich in vitamins, minerals, and other nutrients from all of the wonderful spices and other ingredients (like garlic, onions, ginger, etc.). Now that I’m halfway to meeting this new baby growing inside me, I want to make sure that what I eat will prepare him or her for a lifetime of health. I may still have a bit of ice cream now and then, but I am also filling up on kale, curries, and coconut. Speaking of which, I’m hungry (again)…

Time for another snack! I’m thinking strawberries and homemade yogurt tonight. Or maybe that leftover pork chop. Ooh! Maybe I’ll have some coconut butter and banana…

This post is linked to Tasty Traditions, and The Paleo Rodeo.