We Are a Spicy Family

I am of the parenting philosophy that kids should eat what adults eat, at least for dinner when we all sit down and eat together. No chicken nuggets, no mac n’ cheese, no “kid food.” But the reality is that my girls simply don’t like some of the food that B and I enjoy, and that includes spicy foods. I therefore sometimes make accomodations when I know that I’ll be making something that they won’t eat.

My family of origin does not eat spicy food. Well, let me correct that. My father and sister like spicy food, but my mom does not, so we never had spicy food growing up. Too much black pepper is too spicy for Mom, and it wasn’t until I got older and started dating B that I started liking spicy food. Now I can eat it as hot as he can, even when it makes my nose run and my face feel flushed!

As I’ve learned to make Indian food, I have discovered that it doesn’t taste very good without the mircha—you need enough to enhance the flavor of the food and the other spices, but not so much that it burns your tongue and kills your enjoyment of the meal. I think that, for now, my kids experience the mouth tingle as an uncomfortable burn, but I’m hoping that they will someday develop a taste for chilies.

When I was pregnant with H, I ate plenty of spicy food, which I continued doing throughout the year that I breastfed her. There were no ill effects; in fact, since babies can taste the flavors of the food their mothers eat, I was hopeful that by exposing my baby to spicy food that she would love it when she started eating solids. And she did…for a while. I fed her all sorts of spicy food, which she happily ate (although she would cry if it was too spicy, but then ask for more!) until she was almost two years old. At that point, she started refusing the spicy foods. Something similar happened with A, but she still likes the flavors of Indian spices if the mircha is very mild. Regardless, neither girl willingly eats spicy food, and this troubles B who really wants his daughters to love Indian food as much as we both do.

We continue to offer tamer versions of what I make, but the response is often, “Too spicy!” followed by a large swig of raw milk and a bite of rice with butter on it. Sometimes I will deconstruct a dish so that B and I can add some heat, but that will still be palatable for the kids. Incidentally, they both like a bit of sriracha whenever I make stir fry. Hmmm…

B and I will never stop offering spicy foods to our kids in the hopes that one day they will say, “Yum” instead of “I don’t like that.” Until that day arrives, I will continue to love B’s reply whenever they say, “Too spicy!” 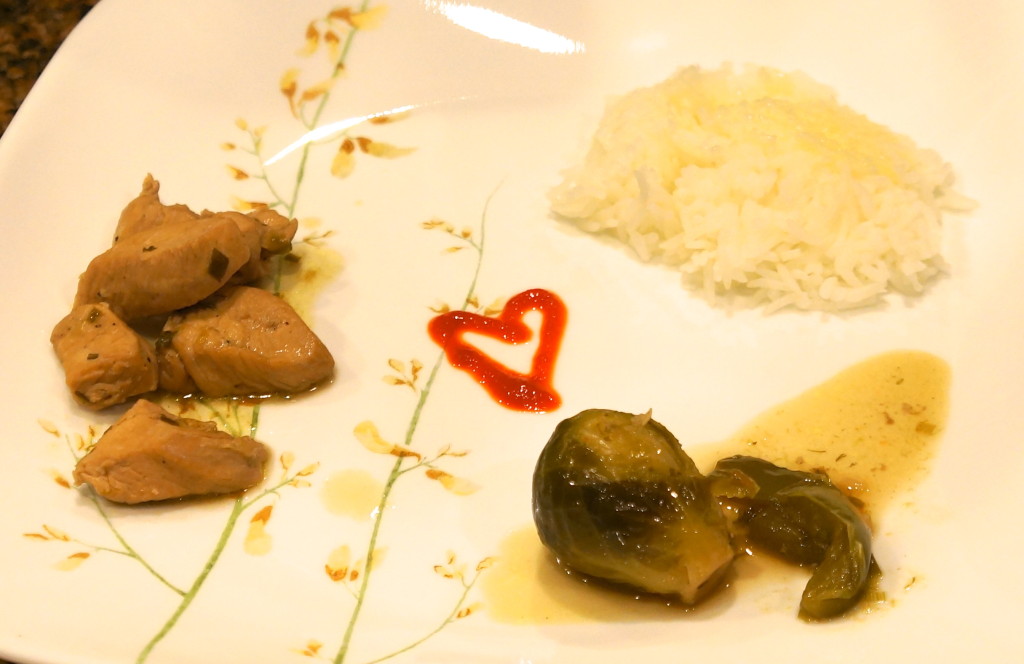 This post is linked to Tasty Traditions, Real Food Wednesday and Fight Back Friday.